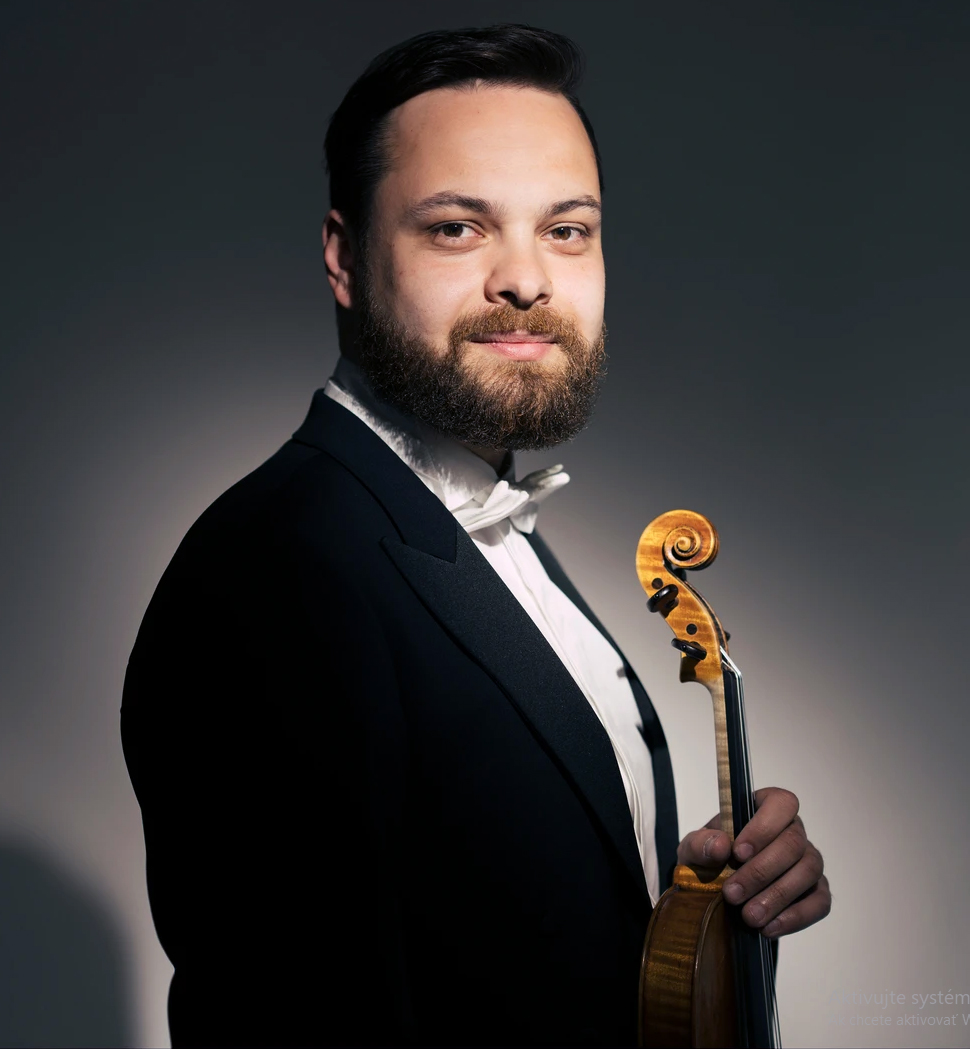 Dalibor Karvay began his musical life at the tender age of three, with both his father and later his mentor Prof. Boris Kuschnir equally quick to discover and nurture Karvay’s extraordinary affinity for playing the violin. His journeys as a musical wunderkind led him to perform as a soloist with famous orchestras as he rapidly raked in victories at prestigious international music competitions and even appeared before HRH The Prince of Wales and Pope St. John Paul II.
The 2004 documentary “Stradivari – Search for Perfection” follows Dalibor Karvay’s worldwide quest for the ideal violin and the perfect sound: an uncompromising pursuit that has lasted until this very day. Karvay is permanently driven to play his violin with utter precision and flawless purity. His tireless journey has led him to a dream career as a world-renowned, award-winning soloist. In 2020, he was appointed first concert master of the Vienna Symphony Orchestra. In addition, Dalibor Karvay has been teaching violin at the Music and Arts University of the City of Vienna since 2014.
Join one of the most ingenious, yet self-critical contemporary violinists’ unstoppable pursuit of consistent sonic purity and excellence.

Dalibor Karvay, born in Martin, Slovakia, started playing the violin at the age of three under the guidance of his father. His grasp of the instrument led him to make several recordings for the Slovak Radio in Bratislava during his studies at the Primary Art School in Vrútky. After graduating from the Žilina Conservatory, where he studied under prof. Bohumil Urban, he embarked on a course of study at the Vienna Conservatory in the class of the renowned professor Boris Kuschnir.

Some of Dalibor Karvay’s biggest competition successes include winning the Young Musicians meeting in Córdoba in 1996, receiving the Eurovision Grand Prix – Young Musician of the Year in 2002, the first prize at the Tibor Varga competition in 2003, the “New Talent” award at the International Tribute of Young Interpreters in 2005, as well as his victory at the David Oistrakh competition in Moscow in 2008. His prestigious concert for Prince Charles of Wales at the Windsor Castle in 2003 together with Mstislav Rostropovich is testament to his outstanding early musical achievement. Karvay graciously accepted repeated invitations to the Seiji Ozawa International Academy in Switzerland and was granted the Young Creator Award in the music category by the Tatra Bank Foundation in Slovakia. In 2009, the Slovak Republic awarded Karvay the Prize of the Minister of Culture for his exceptional artistic performance and successful international representation of Slovak interpretive art.

Karvay’s long and devoted quest for his ideal violin was documented in the international film “Stradivari – Search for Perfection”, released in 2004. He now plays on a violin by the Viennese luthier Julia Maria Pasch.

Next to his active concert career, Karvay has been a violin professor at the Music and Arts University of the City of Vienna since 2014. Dalibor Karvay won his audition for the Vienna Symphony Orchestra in 2020 and was appointed first concert master. For the orchestra’s “living room concert” during the Covid-19 pandemic, Karvay also performed Camille Saint-Saëns’ Introduction et Rondo capriccioso as a soloist with his home orchestra, demonstrating both his skill as a concert master and his primary devotion to solo performance.