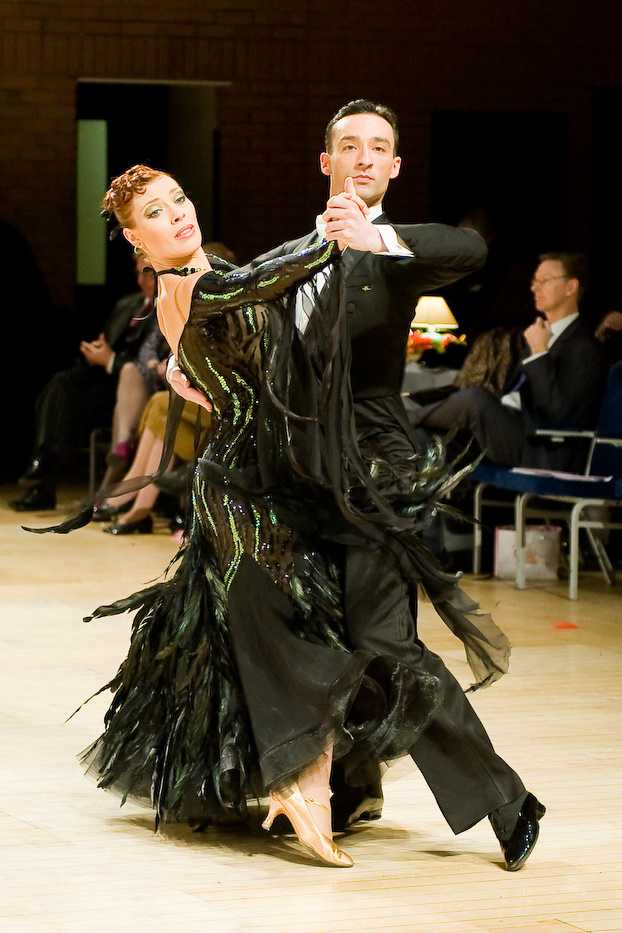 Karol graduated from the State Conservatory in Bratislava (violin and opera singing) and he obtained the master degree at the Faculty of Management at the Comenius University in Bratislava. During his study he intensively devoted himself to ballroom and latin-american dances. For the first time he became the champion of Slovakia 6 years later in 2003. He won the Slovak Championships 15 times in amateur and professional category in Ballroom dances, 10 dances, Show dances and in Argentine tango. He achieved victories and podiums in the world open competitions in Europe and Asia. He became well known in the world thanks of his unique and inimitable dance shows, which adds special charm by incorporating violin playing into the dance.

In 2007 he started learning Tango argentino and in the same year won the national championship in this dance style. He studied under such great teachers as Mariano “Chicho” Frumboli and Juana Sepulveda, Miguel Angel Zotto and Daiana Guspero, Ruben and Sabrina Veliz and others.

Viktoria, a native of Odesa, Ukraine, started dancing at the age of six. After finishing the first year of university in Odessa, she came to Slovakia to meet her new dance partner. She graduated from the Faculty of International Relations at the University of Economics in Bratislava.
Together they achieved great success at home and abroad. After a year of dancing together (2002), they became finalists of a major international competition in Kyiv. In 2003, they won the title of champions of Slovakia for the first time. They gradually became 15-time champions of Slovakia in the amateur and professional categories. They belonged to the world’s top amateur dance couples – they advanced to the semi-finals of the World and European Cups. They are equally successful in the professional category. They achieved victories and final positions at world competitions in Europe and Asia. The last great success of the dance couple is the final placement at the European Cup of Professionals in Vilnius in 2013 and then the 3rd place at the World Championship in standard dances in the Masters category.
Both have made a big name for themselves in the world with their inimitable dance exhibitions, to which Karol adds a special charm by playing the violin.

Karol runs his own dancing studio in Bratislava. He is a leading dance teacher and coach in Slovakia.