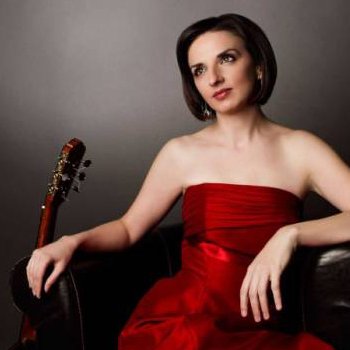 Miriam studied at the State Conservatory in Bratislava. After obtaining a bachelor degree in interpretation and pedagogy at the Academy of Performing Arts in Bratislava she studied with outstanding guitarist and pedagogue Alvaro Pierri at Université du Québec á Montréal and Université Laval in Quebec City where she obtained a master degree in interpretation (2001). In 2003 she completed her studies at Universität für Musik und darstellende Kunst in Vienna as a postgraduate student with the same teacher.

Miriam participated in several guitar competitions in Slovakia and abroad where she won major prizes. Two times (1999, 2000) she was the winner of a scholarship as the best participant of the master class at the international music festival Joventuts Musicals de Torroella de Montgrí in Spain permitting her to perform recitals in Spain and France.

For several years she was engaged by the Universität für Musik und darstellende Kunst in Vienna. Now she teaches at the Conservatory in Bratislava and Academy of Arts in Banska Bystrica. Miriam is playing the guitar by world-known luthier Gernot Wagner, Petr Matoušek and Hans van den Berg.

N. Paganini: Sonata for guitar and string orchestra (arr. I. Bazlik) – from min. 25:

A. Vivaldi: Concerto for guitar in Re magg, III